These 6 environmental products are improving the planet 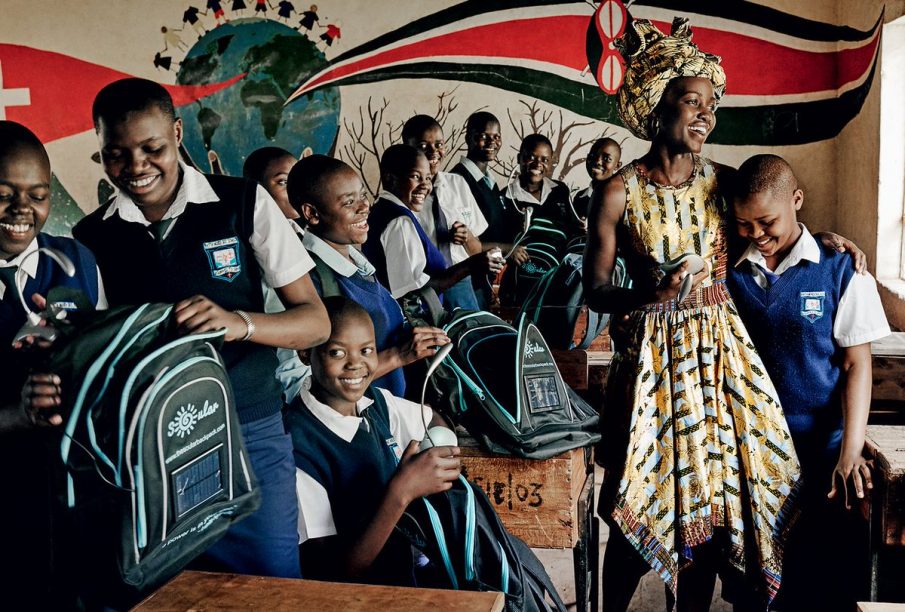 “We can read the unbroken record of the Earth’s atmosphere that extends back over the last 800,000 years. In all that time, the amount of CO2 in the air never rose above 300th’s of 1%. That is, until the turn of the 20th century. It’s been going up steadily and rapidly ever since.” — Neil deGrasse Tyson, Cosmos: A Spacetime Odyssey.

According to scientists, year after year, the world is adding 30 billion tonnes of CO2 to the Earths atmosphere. What does this mean for our home? Melting ice caps, rising sea levels, severe heatwaves, unpredictable weather, mass extinctions and reduced crop yields.

Since the 1800’s, experts and scientists have been warning us about the devastating implications of rising CO2 levels, yet, two centuries later, we’ve only multiplied the problem. Economic giants and the international community continue to profit from environmental destruction and thanks to them, the pace of global climate change has accelerated — we’re quite literally smothering our home.

If we continue as we are, the Earth’s temperature will rise to two or three degrees in the next 50 years. The consequences of this would be catastrophic. A rise of just one degree would mean we can say goodbye to Maldives, the Amazon Rainforest and to almost half of today’s species. The ice sheets will melt leading to increased sea levels forcing residents and farmers reliant on water banks to move inland. Competition for water resources will increase and water supply will decrease due to soaring temperatures which means important economic activities like energy power plants, raising livestock, agriculture will be impacted.

Nature was born to evolve and the chances are, she will survive. Sadly, the same can’t be said for the human species which is why sitting back is no longer an option. Making a change today is the only hope of creating a better tomorrow.

Most of us don’t know where to start — partly due to lack of understanding and awareness. Below are six companies you can support who are improving our planet: 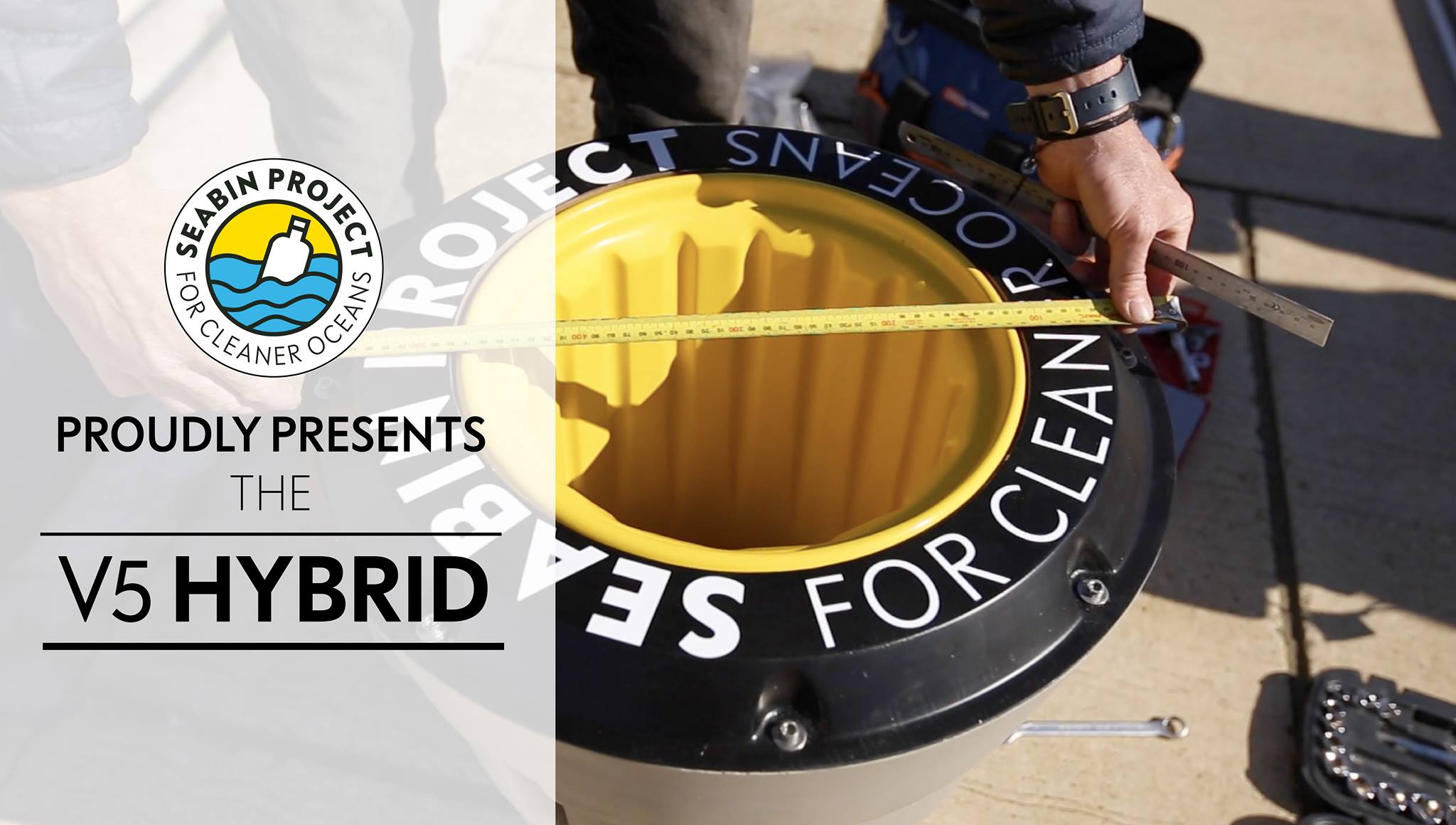 The Seabin is a floating rubbish bin that is located in the water at marinas, docks, yacht clubs and commercial ports. The seabin moves up and down with the range of tide collecting all floating rubbish. Water is sucked in from the surface and passes through the catch bag inside the Seabin. The water is then pumped back into the marina leaving litter and debris trapped in the catch bag to be disposed of properly. The Seabin also has the potential to collect a percentage of oils and pollutants floating on the water surface. Seabins are powered by 12 volt submersible water pumps and have the options to use alternative power as a source. This may be using solar, wave or wind power technology depending on geographical location and current technologies available. The Seabin however, is only one small part of a larger solution in the battle against global oceanic littering with the real solution being education. That’s why we have Seabin Project, to address the problem at hand and also implement steps for a better educated and informed future for our oceans and environment. 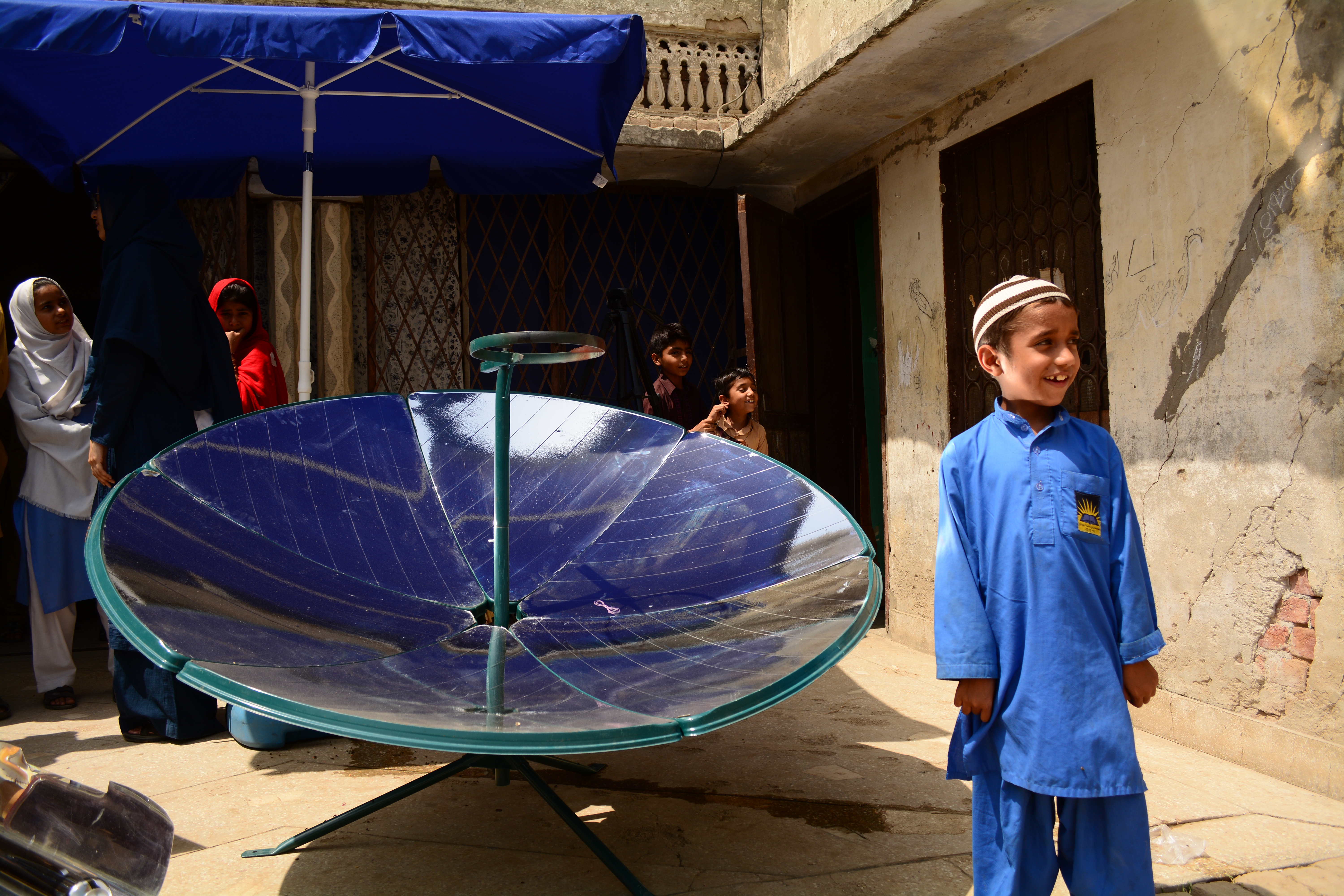 Jaan Pakistan have developed a 100% carbon-emission free solar cookstove to make outdoor cooking a cleaner experience. Profits from sales of the product contribute towards Pakistani communities currently using harmful cookstoves. Since their solar stoves have no flame, they can safely be used in places that don’t allow open fires. With their solar stoves, the only fuel you’ll ever need is sunshine. They successfully raised over £16,000 through crowdfunding on UpEffect. 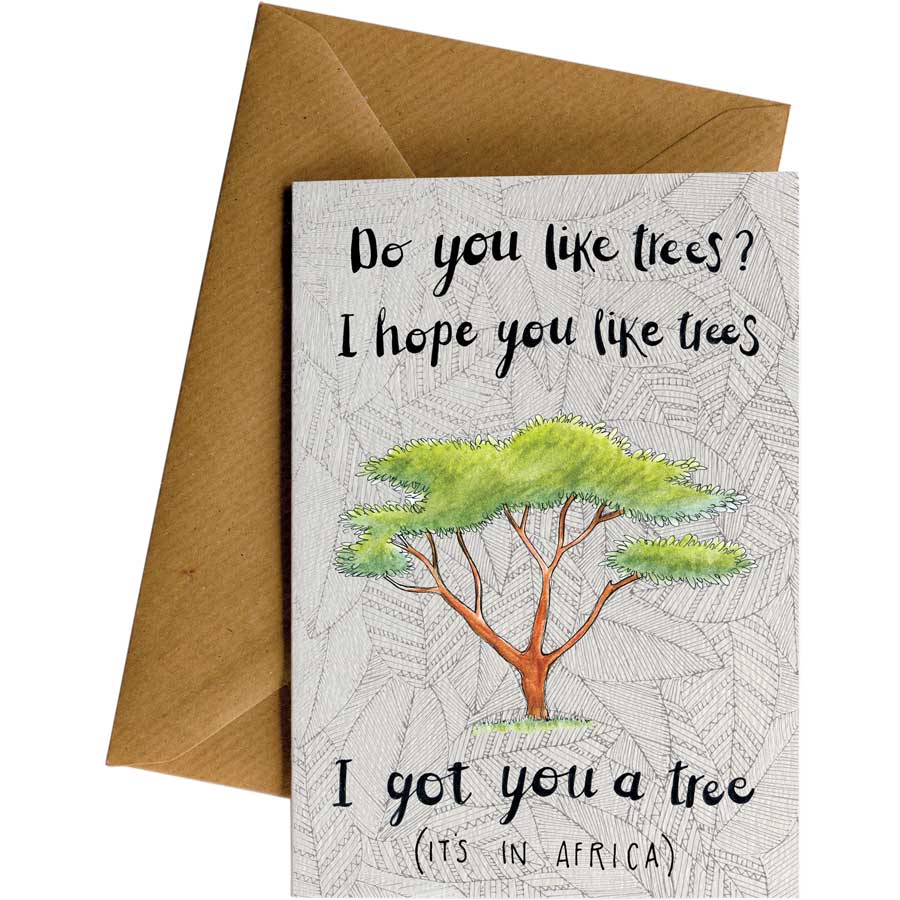 Little Difference creates greeting cards and other paper goods with an environmental conscience. When they started the business they decided that they didn’t want to create something produced using the Earth’s resources and then simply thrown away after it’s purpose had been fulfilled. That is why their products are created using 100% recycled material, and wrapped in 100% biodegradable packaging (corn starch). For every single product sold, they donate to a reforestation project to plant 1 tree. So far they have planted 20,000 trees.

The trees are planted in Madagascar which has lost an eye-watering 90% of its forests due to deforestation by humans, this has had a catastrophic effect on the environment and well-being of the country. They recently visited the sites in Madagascar which are being replanted by local people as a direct result from the sale of their products. The positive change to not only in the environment, water quality and wildlife but to the communities in Madagascar as a result of the re-planting is monumental. 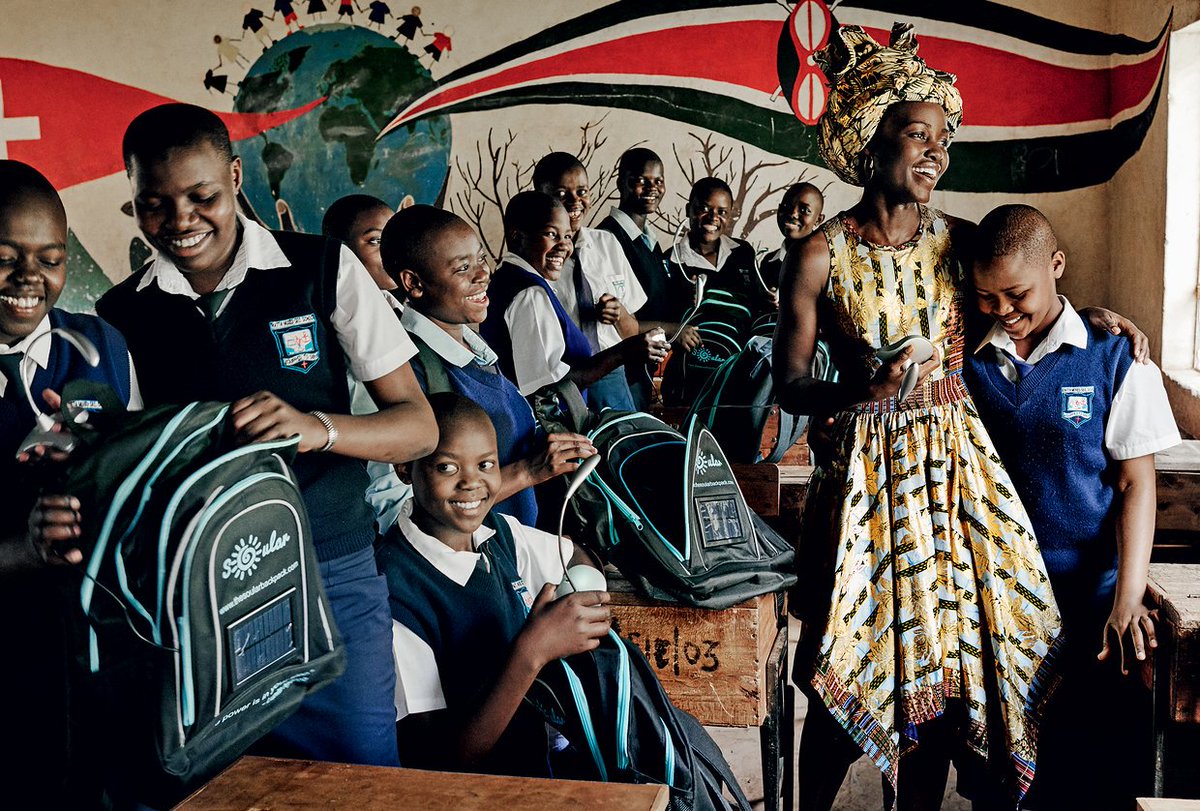 Soular was launched in 2015 with the vision to provide children with their own tool to do their homework, and take control of their education. They ran a crowdfunding campaign, raised $50,000 to get the first 2,500 backpacks to East Africa and have moved production to Kenya.

They’ve distributed backpacks across Kenya, Uganda and Tanzania. Our social impact data shows improvements in grades and health of the children who use Soular Backpacks. Families are able to save 20% of income that was previously spent on kerosene and kids are studying on average 5-6 hours longer every night. 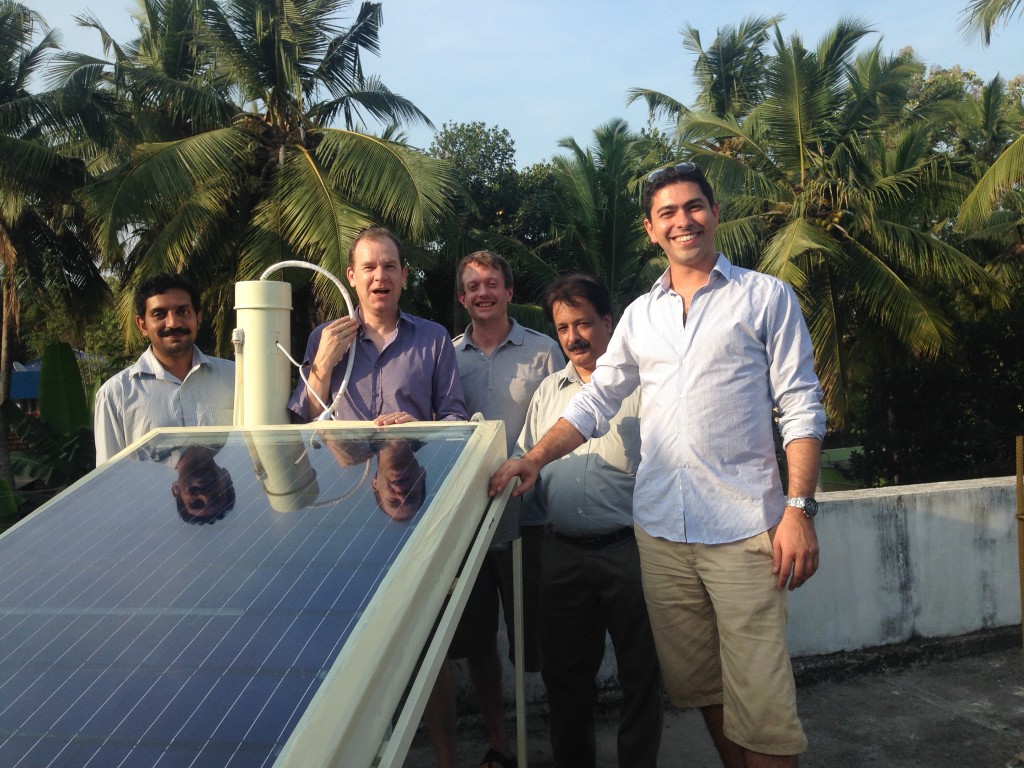 Desolenator is a clean technology venture that has developed and patented what’s on track to becoming the most affordable and environmentally friendly method of water purification on the market. Their patented technology uses only solar power to purify water from any source, including sea water; which is especially critical in regions where natural groundwater reserves have been polluted or poisoned or where seawater is the only water source available. Desolenator has a lifespan of up to 20 years and requires very little maintenance; it uses no filters, no membranes, and no pre-treatment chemicals. 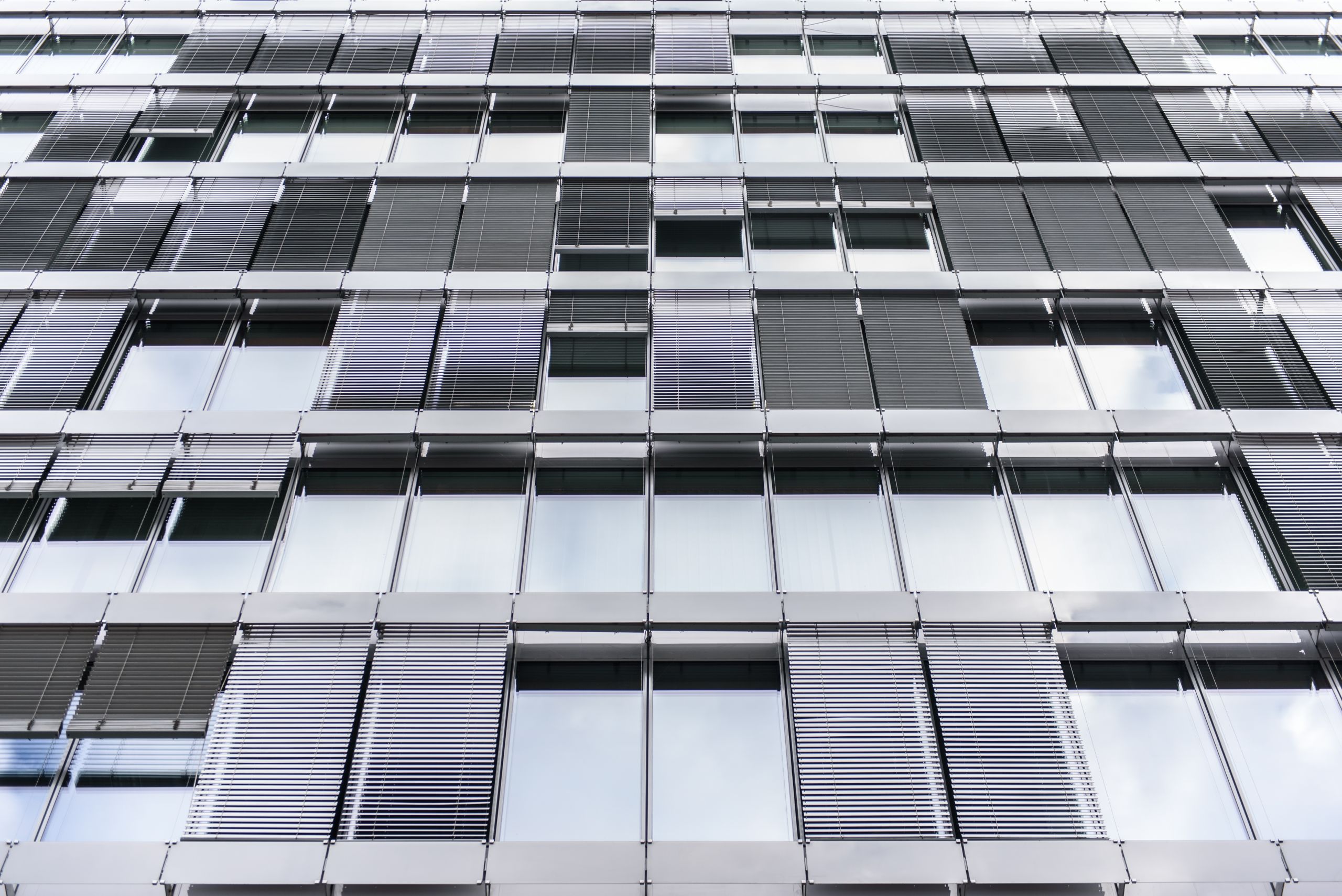 SolarGaps are the world’s first solar blinds. Engineered innovative solar blind technology to generate green energy for your home & reduce your energy bill by up to 70%. Theyt automatically track the sun and generate electricity from its energy. Simply plug in SolarGaps and solar energy starts to power all devices in your home. It can even store power in your home battery storage solution so you can use it as an emergency power supply. With SolarGaps, you produce your own electricity to save on your electricity bills. With our smartphone app, you can monitor and control SolarGaps from anywhere in the world.

Founder and CEO of UpEffect, helping underserved founders crowdfund impactful solutions for people and the planet 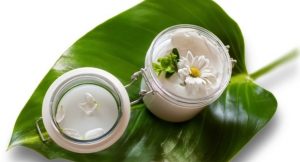 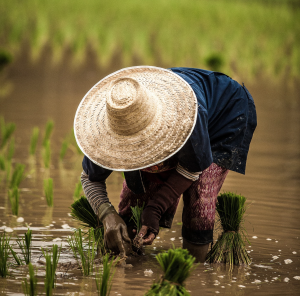 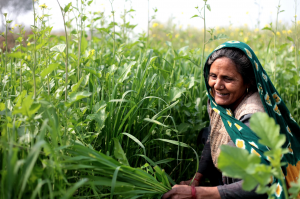