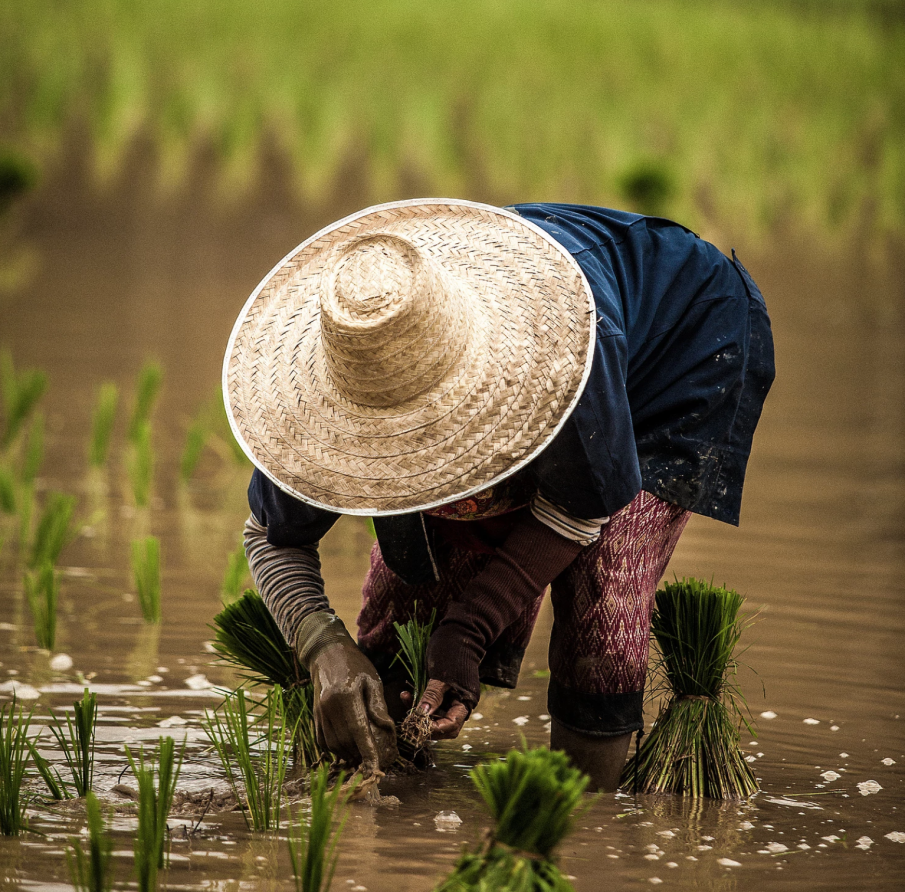 If you read my last post you’ll know that this is the start of a series looking at the ‘why’ behind my blog, and behind taking action on climate change at all. I’ve titled this series The Picture: big and small because I want to provide both an overview (if only a brief one) as to the magnitude of climate change, as well as the ways in which everyday actions by ordinary people can make a difference.

For this first post I looked into the effects of climate change on the climate (that’s to say on the land and the oceans). I found so much information, and an overwhelming story of change – and not for the good. Just to let you know, this post contains lots of information. But information is beautiful. And I believe that understanding and knowledge is key to actually believing in the importance of something. I have tried to lay it all out in an interesting way. I hope that my belief in the importance of what is shared will help you take it all in!

I grew up going on holidays to the seaside in South Africa, and for me the ocean conjures images of fun, family, and sun. It is not unusual to see the ocean and be held in a sort of reverence. The ocean is dangerous, beautiful, huge.

The five oceans cover 71% of the earth, “and hold 97% of the [earth’s] water. They produce more than half of the oxygen in the atmosphere, and absorb the most carbon from it”(Protect Planet Earth).

Here’s a little list of why the ocean is so important for the health of the earth:

1. The ocean produces more oxygen than the Amazon rainforest!

Most people believe that the rainforest produces most of our oxygen, however algae are to the ocean what trees are to land. In other words, algae absorb carbon dioxide and releases oxygen (crazy!). In fact the ocean provides half of the earth’s total oxygen.

2. They regulate the global climate system.

The oceans move (duh)! They move warm water to the poles, and cold water to the tropics. This is important for regulating temperatures, and actually makes certain regions habitable that might otherwise have extreme temperatures (who would have known!). Furthermore, “more than 93 per cent of all the heat people have added to the planet since the 1950s has been absorbed by the oceans” (The UN).

They also regulate rainfall, which is key to our water supply. The UN argues, “the ocean supplies almost all the water that falls on land as rain and snow.  Of the small portion that is fresh water; about a third is in in the ground and a mere .3 per cent in accessible surface waters.”

3. There is more life in the ocean than there is on land.

“An estimated 50-80% of all life on earth is found under the ocean surface” (Marine Bio). Not only is the ocean full of life, but the species that live in the ocean play a crucial role in our global ecosystem.

So now that we have established that the ocean is so important, lets look at why it’s in danger (without overdoing the doom and gloom).

As I said above, the ocean has absorbed 93% of the heat added by people since 1950. This has meant that climate change itself has been slowed by the simple power of the ocean. However, it comes at a price. The “rising ocean temperatures and increased acidification are now becoming apparent in melting Arctic sea ice and coral bleaching” (The UN). We’ve all heard that the polar icecaps are melting, and that animals are losing their habitat. The changes caused by rising temperatures pose great risk to marine life, and, crucially, may affect the ocean’s ability to continue performing certain functions that are important for both environmental and human health (this is all a little complicated – you can find out more in IPCC’s report – but the point is that rising temperatures are bad…).

The sea level has risen by 20 centimetres in the 20th Century, in part due to melting icecaps. This has caused an increase in extreme weather events such as flooding, hurricanes, cyclones and tsunamis. This puts coastal communities – both human and natural – at risk.

According to Plastic Oceans UK “across the globe, 8 million tonnes of plastic ends up in our oceans every year and of this, 50% has been produced for single use.” Plastic is mistaken for food by marine life; this is dangerous for the animals themselves but also for us. Plastic is making its way back onto our plates because much of the fish we eat will, at some point, have ingested plastic. The problem of plastic in the ocean is far greater than we realise, “plastic is found in the ocean as far as 11km deep, meaning synthetic fibers have contaminated even the most remote places on Earth.” In fact, by 2050 there could be more plastic than fish in the ocean (Earth Day).

The ocean is of huge importance, but it really is at risk.

(FYI I’m not looking into the ways that we start tackling these issues in this post. This post is about looking at the big picture, and as the series continues I will move towards a smaller picture that centres on what we can do.)

My parents currently live near a beautiful forest in Germany, and whenever I visit we go on a classic family forest walk. But what I didn’t fully appreciate is that the earth’s forests are absolutely crucial, “as well as providing food, shelter, fuel and income for around a billion people, forests also produce a lot of the oxygen we all breathe, and regulate rainfall and climate patterns around the world” (WWF).

2. Wetlands and other freshwater environments

The WWF stresses that these environments importantly provide much of the water that we drink, use to grow crops, produce energy, transport goods, and hold fish for food. Something I found interesting is that wetlands act as a sort of natural sponge; they trap and release water as needed. This is a crucial function when it comes to natural events such as floods or droughts (they hold flood water, but also maintain surface level water when there is a dry season).

Open plains remind me of home – both of my home in South Africa and the wide spaces full of wildlife, and of my home in the UK which is famous for it’s fields and pastures (and less exciting animals…). Grasslands are home to some of the earth’s most iconic wildlife, they provide rich land for agriculture, but most importantly they act as a carbon sink (what now?). Basically the “earth both emits and re-captures and stores large quantities of Carbon Dioxide, also known as CO2, from the earth’s atmosphere”, which helps to keep global temperatures in check.

The earth is beautiful and diverse, and everything is created with a purpose…

So is our land in danger?

We have lost nearly 40% of the earth’s forests in the last three centuries. In fact, “we’re losing 33,000 sq. km each year – that’s roughly five football pitches a minute! Only 17% of what’s left has any kind of proper protection” (WWF). Deforestation directly impacts climate change – it’s a cycle. The more forest we lose, the more temperatures rise, and therefore the more forests die… But by reducing deforestation and planting more trees we can reduce the amount of CO2 in the atmosphere – forests are key to the solution.

Hands up if you’ve seen Iceland’s Christmas advert (🙋🏼‍♀️). If you’ve seen it you will know that deforestation is an issue that is far closer to home than you might think. The excessive harvesting of palm oil causes mass deforestation and animal displacement. And palm oil is in the food we buy… (more on this later in the series).

“In the last century, two thirds of the world’s precious wetlands were lost. Numbers of freshwater animals have declined by three quarters since 1970” (WWF). This issue affects people too because the loss of wetlands and the drying out of rivers causes terrible damage to livelihoods (more on the impacts of climate change on people in my next post). Pollution and climate change only make these matters worse; as weather is affected our rainfall patterns will change causing droughts and floods.

As I shared above, grasslands are important carbon sinks that trap CO2. But much of our grasslands are being lost to an increase in agriculture and drought. In fact, desertification is caused by deforestation, overgrazing, unsustainable irrigation practices and climate change itself (Britannica). According to the UN “due to drought and desertification, 12 million hectares are lost each year (23 hectares per minute).”

The UN has claimed, “desertification and land degradation is ‘the greatest environmental challenge of our time’ and ‘a threat to global wellbeing'” (The Guardian).

I hope that all this information makes you ache – with sadness and with the desire to do something. That’s the point after all.

This series is designed to take you on a journey, but if you are ready to make some changes now then head to my Start Here page or this blog post for some advice. You could also watch David Attenborough’s Planet Earth II series (it’s on Netflix) and his Blue Planet II series (on BBC), and his latest titled Dynasties – I’m an Attenborough fan… They are engaging accounts of life on earth, and Attenborough is great at subtly drawing our attention to the way the climate is changing.

The Picture: big and small

My next post in this series will be titled People, and will look at how climate change affects the human population. This is one of the most compelling arguments for action (I think so anyways) and I am super excited to share my thoughts with you! Look out for it in two weeks time (just to confirm, I’ll be posting every two weeks – I’m starting a new job and you know life happens…).

This article was originally posted on counttozero.co.uk by Roxanne Tibbert.

Roxy is a 24-year-old International Development graduate, currently residing in South East London. She has spent the last few years learning about the impact of climate change, specifically about its impact on the poor and vulnerable and now actively uses her blog to champion day to day solutions. 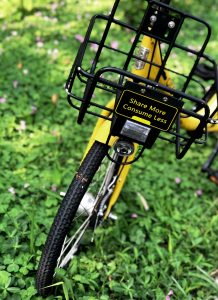 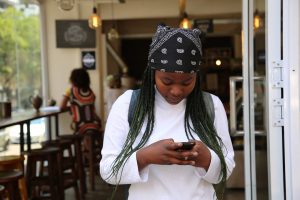 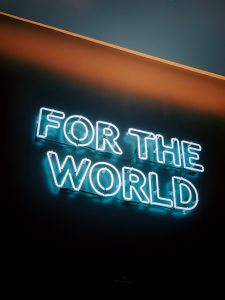