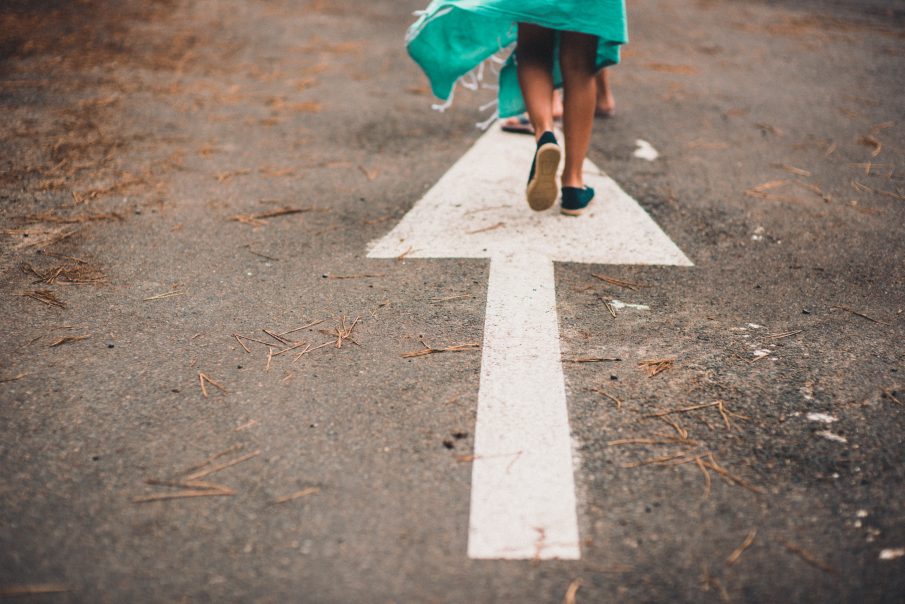 There is an old adage about the benefits of teaching a man how to fish, rather than giving him the fish. But what happens if you simply give the man a fishing rod and walk away? Technically a service has been provided, but without any guarantee of long-term success.

Most large Crowdfunding companies knowingly or unknowingly, operate on this principle. Crowdfunding platforms will appeal to charities, entrepreneurs or people in destitute situation, but are not invested in the project initiators’ goals beyond funding.

This aspect becomes especially problematic when regarding enterprises with a social or environmental mission. Platforms such as Kickstarter or Indiegogo present an opportunity for organisations to raise money and awareness for good causes, but it doesn’t go far beyond monetary gain and some attention. This is primarily because large platforms are not social enterprises themselves, and have little motivation to ensure their campaigns live up to their promises.

In a past post, “Why Business Ethics Matter When Backing Crowdfunding Campaigns,” we emphasized responsibility on the part of backers. However, one could argue that a fault of ethics lies more-so with the companies who gain from forgoing vetting processes, than backers. As we state in the article,

“Unfortunately, on mainstream crowdfunding platforms such as Kickstarter and Indiegogo there are very few or no protections in place for workers, the environment or consumers. That nifty solar charging backpack seems like a great product, but without supply chain reporting it is very difficult for backers to know if the products were made using sustainable materials or if the company employs manufacturers that prioritize fair wages and healthy work conditions.”

The set up for mainstream crowdfunding is usually the same:  Create a campaign, share with your network, accept donations, get funded (or not).

In too many cases, the last step falls into not funded side of the campaign, and this is because there is no investment of the platforms in the success of the campaigns. Social enterprise campaigns do not just mean a company will be funded, and there will be profit to be had. Social enterprises looking for funding are also looking to fulfill a mission that will have a positive, lasting effect on the world. They should not be treated as normal entrepreneurial ventures, and additional coaching should be included to ensure they achieve not only crowdfunding success, but also a positive impact on their target communities. 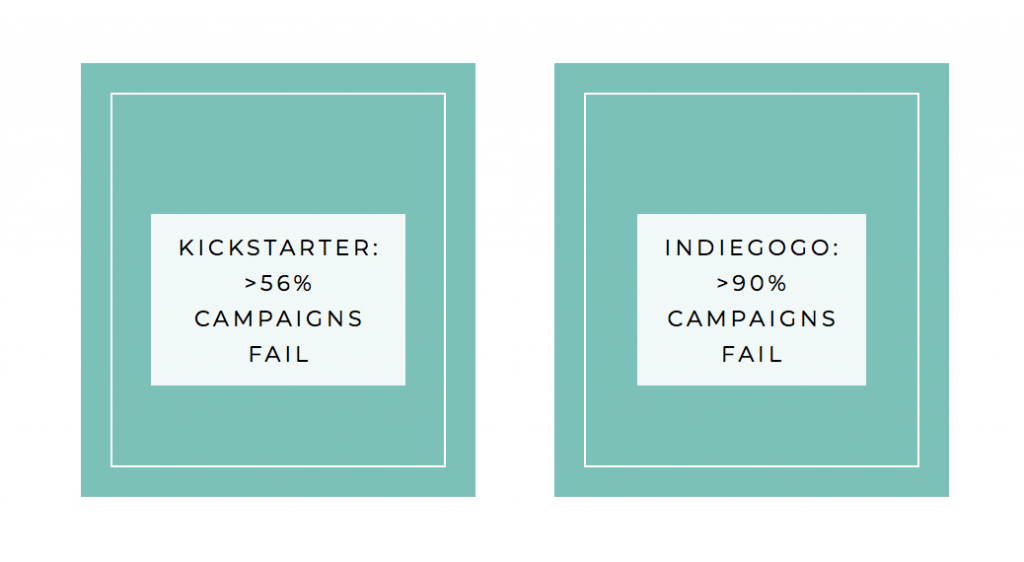 At the most basic level, crowdfunding platforms should get to know each campaign they are hosting. Simply requiring for campaigns to be legal is not enough of a filter. There are many practices in our global capitalist system that are illegal, yet incredibly unethical and unsustainable. In an era of climate change, we can no longer tolerate companies like Kickstarter who consistently profit from the proliferation of polluting and exploitative products.

Another evident element that crowdfunding platforms fail to understand in social enterprise campaigns, that is crucial in hampering success, are the different rewards systems. Launching with a lackluster rewards programs can be risky enough for normal campaigns, but for social enterprises, backers are not just donating with their wallets, but there is an element of emotion as well. It’s essential that platforms instruct campaigns on creating amazing reward programs for backers that touch on both aspects.

Additionally, if crowdfunding requires attention to marketing, the fruits of good planning and execution have to come early in a campaign, and this should be of the interest of the platform hosting the campaign. Large platforms sometimes offer marketing services at extra charge, but these are unpersonalized and unaware of the unique marketing challenges social enterprises face. 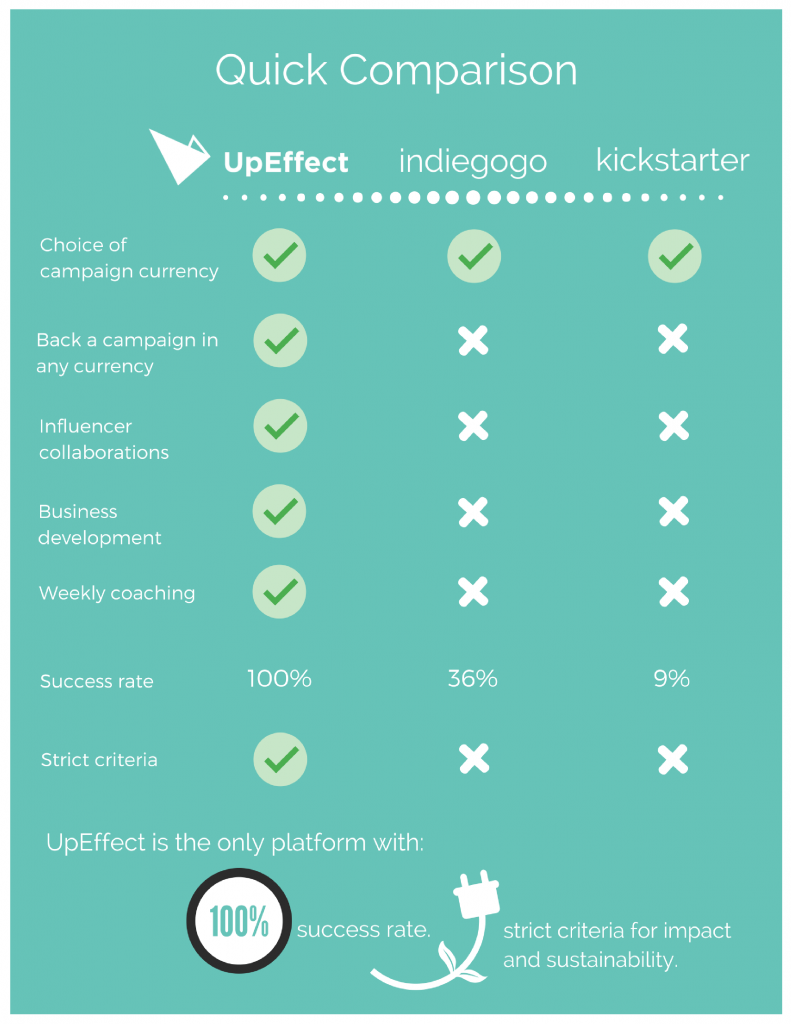 It’s common for a campaign to launch and receive hundreds and even thousands of questions, emails, and comments about the campaign, rewards, and the end product. Creators have to be ready and have a plan to deal with the volume of communication that’s required of crowdfunding. Successful communication strategies during the campaign have been shown to make a campaign more likely to succeed, and platforms should be the ones preparing campaigns for this stage as well. If platforms are unable to assist social entrepreneurs with complex questions regarding the impact or sustainability of their product, they are unlikely to impress backers.

Another point to keep in mind, ethical consumers might be skeptical of backing campaigns on platforms that regularly promote unethical products.

A crowdfunding campaigns financial goals are hit by planning and running a successful marketing campaign for a crowdfunding campaign, and this is best achieved with one-on-one personalised consulting. Similarly, a social enterprise needs a platform that supports and understands the societal issue they are looking to address. Without this level of understanding from a platform who is (literally) invested in the long-term success of your venture, your impact may be limited. A crowdfunding partner with clearly stated impact goals rely on the long-term success of every single campaign – not just the momentary success of a profitable percentage.

Once passed the login screen on conventional crowdfunding, it becomes an every man for himself scenario. In contrast, UpEffect’s crowdfunding platform not only exceeds Kickstarter and Indiegogo’s technical capabilities, but also comes with personalised mentorship and social enterprise expertise included in the success fee.

If you are a social entrepreneur with a great business or idea, take 2 minutes to fill out this form and we’ll be in touch to discuss your plans to change the world!

Previous Post Entrepreneurship Without Borders: Back a Campaign in Any Currency on UpEffect
Next Post Why Women-Led Social Enterprises Are Killing It On Crowdfunding