Updates on the Crowdfunding Industry from the UK Alternative Finance Report

Over the past 10 years, the crowdfunding industry has become more than a side project happening on the borders of the established circuit of banking and financing.  This change became more evident as people grew tired of standing on the sidelines of business. Everyday, small entrepreneurs with great ideas bravely decided to put them forth and consumers responded accordingly – we now had the choice to create and financially support companies, charities and products that we believed in.

The UK Alternative Finance Report, released earlier this month, showcases this development and the impact it has had on small businesses and social enterprises.

Here are 4 major updates from this report that you should be aware of:

In this win-win scenario, people are more invested in the process of business finance since they are allowed more control over their capital, having new ways to invest or donate it.

Now more than ever, entrepreneurs, SMEs, charities and smaller organisations are securing the indispensable financial support, which in many cases, they would not otherwise be able to. 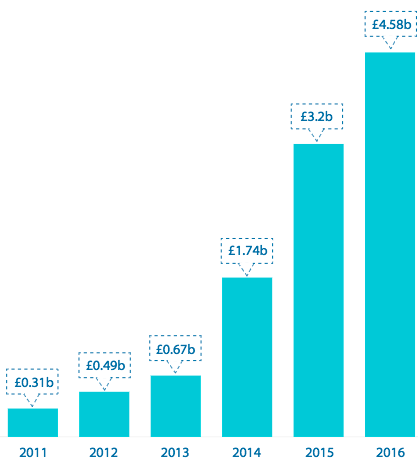 Despite the numbers, the alternative financing market is still seen by investors as riskier than its counterpart, with equity-based crowdfunding considered the riskiest investment channel available. If the trend in growth is to continue, crowdfunding platforms need to invest in transmitting trust to investors, by creating a relationship beyond the initial transaction, creating a legacy for future funders.

Unsurprisingly, the London and South East areas are the leaders for platform headquarters in the UK, with 44% of platforms planting and keeping their main offices there.  It is worth noting that the number of platforms offering alternative finance services has been steadily decreasing. Some smaller platforms have already exited the market, unable to originate sufficient deals to maintain operations, whilst some moved away from the sector completely. 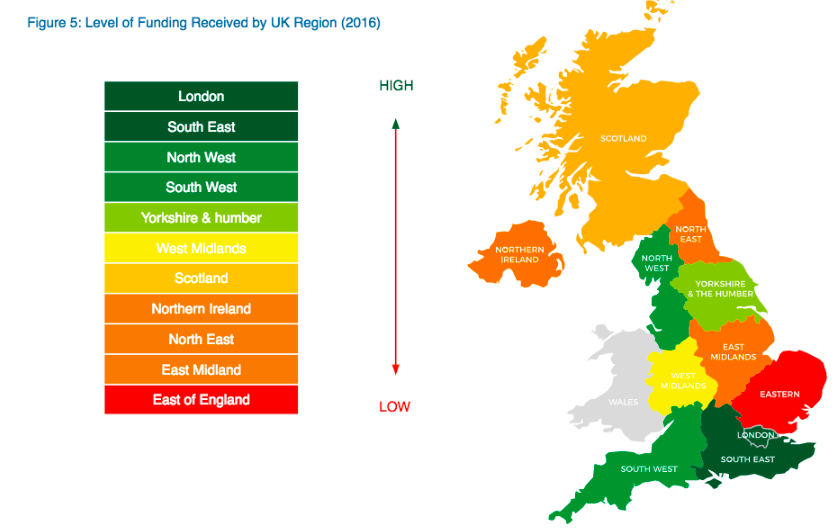 Where does the money go?

In 2016, the alternative finance market saw a trend in investment primarily across five sectors in the UK: Renewable Energy, Construction, Community and Social Enterprise, Technology, and finally Environment and Clean Tech. Great news for social founders, the Community and Social Enterprise sector was the highest funded for both donation-based and reward-based crowdfunding.

Brands that stand for more than profit are quickly gaining space in the mind of the average consumer. It has become important to spend money not just wisely, but fairly. In the UK alone, 27% of all Social Enterprises can count the general public as their main source of income.

Fundraisers with philanthropic motives can also list for funding, creating an appeal that conventional charities have not been able to muster. These types of fundraisers, coupled with B Corp style startups, have pushed the investment in this area forward. 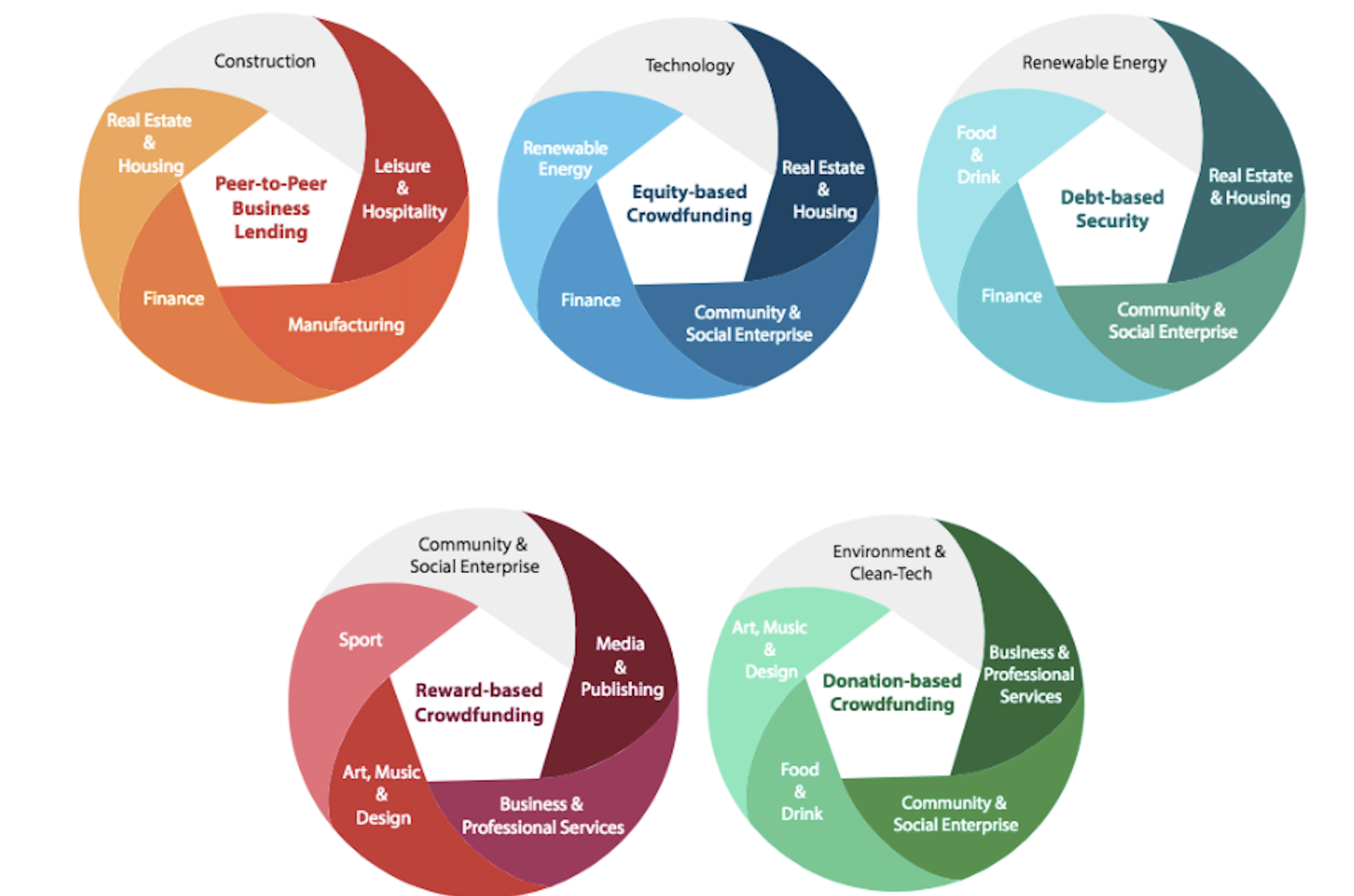 Overall, gender inclusion in various industries is still an uphill battle. Systematic gender gaps are prevalent in traditional financing, and according to the UK Alternative Finance Report, the same is seen in alternative financing.

Still, women push into the market. In 2016 donation-based and reward-based crowdfunding registered the highest levels of female participation, both in terms of funders and fundraisers. Also, within social enterprises – again, the highest funded industry in 2016 – 51% have a majority female workforce and 41% are led by women.

The crowdfunding industry may not be as inclusive, but women are surely pushing to tilt the scales.

Generally speaking, the crowdfunding industry is still new and is seen as the most disruptive and innovative force within finance. This report clearly shows the spectacular growth the sector has seen, and how there is room and potential for more. There are hurdles to overcome, particularly in getting more women involved in the sector, and de risking investments. But the growth in the area is undeniable.

Therefore to you, future founders, now is the time to be part of the movement. Launch your venture on the UpEffect crowdfunding platform and create tangible, effective, sustainable change.